“Do you have anything else by Cormac McCarthy?” June asks, “Blood Meridian was good.”

She’s leaning close to Grace’s bookshelves, panning over rows of Michael Crichton and Isaac Asimov. I’m not sure what the trouble is, everything’s categorized Science Fiction, Fantasy, or Other, with each section of perfectly preserved spines set in alphabetical order. She’s just hoping against hope for something that doesn’t involve time traveler’s, wizards, or the Millennium Falcon. Good luck with that.

“No.” Grace says. She’s scrolling through her computer screen, viewing dozens of what look like the same picture of her family at a barbecue last year. “I just found the one you read on a park bench. I waited an hour for someone to claim it. Then it was finder’s keeper’s. It was about to rain anyways.”

“Well, you need more of him.” June grunts. She looking closely at the books marked Other. They barely take up half a shelf. “What about The Brief Wondrous Life of Oscar Wao?” She takes it and begins reading the dust cover.

“I haven’t read it.” Grace enlarges one the photos. “Mable, this is it.” She motions me over.

“It looks like all the others.” I say, peering over Grace’s shoulder. The photo is of her, her parents, and her brother Jason siting around a picnic table. The image is so perfectly framed it could be used as to sell health insurance. “The food looks good though.”

She smiles. “Look at my mom. She isn’t happy.” She points to her mother, a plain women with shoulder length brown hair and fierce eye brows. She’s dressed in a baggy t-shirt that says, Teamwork is Easy Work, and on her left hand is a cheap Timex wristwatch.

“Ok, I’ll read this.” June says reluctantly. “I just hope it’s good.” She plops down on Graces bed, reclining on the zigzag pattern comforter and One Direction sleeping pillow.

“Shoe’s off.” Grace orders, not for the first time.

“Si Madre.” June says, flipping through the first few pages of her book before kicking her Spalding’s off to reveal soiled brown socks. Her right toe peeks up from a hole like a rabbit from its borrow. Thank God we’re use to the smell.

“What I’m saying is,” Grace points again to her mother, her finger moving from the women’s grey eyes to her pursed lips, “sometimes she gets in a slump and her and Dad fight.”

I lean in closer, inhaling Grace’s mango-strawberry scented shampoo. Her mother’s eyes aren’t just grey but murky and with the heaviness of insomnia.

“They’d been fighting for a few days.” Her voice now a whisper as if she were passing the combination for a safe, “I think she is unhappy sometimes and doesn’t know how to express it.”

“And what, Dr. Phil, is she unhappy about?” June doesn’t even look up from her book as she intrudes on our conversation, “Small boobs?”

“No.” Grace subconsciously crosses her arms in front of her chest. She may be sixteen but she has the mammary glands of an eight year old boy, a curse she’s inherited from her mother’s side. “It was a fight over the type of gas they put in the Maxima.”

“Tu gente!” June laughs, shaking her head at our little problems, “You have to cry about something!”

I want to slap the stink off of her.

“It wasn’t about the gas.” Grace’s words are soft, run through with a red ribbon of concern. She closes the picture and then it’s folder. Her HP must have a thousand more like it, each annotated with a date and contents, as meticulously organized as her bookshelf.

“At least they seem ok now.” I say, “My Mom and Dad aren’t even talking.” I find it hard to believe that Grace’s family has any real problems. With the exception of the thing between Morgan and Jason (which makes me want to puke) they seem pulled from a 1950’s sitcom. They even eat dinner at a big oak table and talk about their day. Freaks.

“I’m just worried.” Grace looks off, studying her Harry Potter collection, fourteen books (half original hardbacks, the rest softcover reprints) that have been given a special shelf to themselves. There’s even a collectable wand, Harry’s, sitting beside a house coat of arms. I’m disappointed to learn that Grace is a Gryffindork. I’d hoped that (being thinking girls) we could be Ravenclaws together. “I think she gets lonely.”

“Oh boo-hoo,” June tosses her book down and rubs her eyes with two closed fists, “My white girl vagina itches! Oh boo-hoo!” She kicks her feet like a child and her toe pokes out further. It might as well be her middle finger. “Pass me the twat cream!”

“Shut up!” Grace snaps, “Just because our moms aren’t on crack, it doesn’t mean we don’t have problems!”

June relents, looking at Grace with satisfaction. “Well, the white girl’s toughened up.” She picks up the book and finds her page, “My little chica might not have boobs, but she’s grown a pair of balls.”

Grace says nothing as she returns to her computer screen, a thin grin across her lips. She can never resist a compliment, not even a vulgar one.

There’s a knock on the door and Mrs. Laurent pokes her head in. “Is everything ok in here? I heard some yelling.”

“We’re fine,” Grace smiles, “just talking about Mrs. Foreman’s biology class. She gets us worked up.”

“Oh.” Mrs. Laurent says. She runs her hands through her mouse brown hair, tucking it behind her ears. The resemblance between her and Grace is mirror close, with both having the same nose and mouth, the same warm eyes the sad color of dish water. “The spaghetti is done if you girls want to stay.”

“No thanks.” June says, nose in her book. “Mom’s cooking a roast tonight and I’ve got to save room.”

Mrs. Laurent nods, not believing word. She takes June in with a slow look, her smile faltering slightly at the sight of her socks. I can’t blame her. It must like seeing a hobo at Disney world. “How about you Mable” She turns to me with the same near-pretty face of her daughter, “Spaghetti?”

“No thank you. I’m June’s ride back. We’ll be leaving soon.”

She nods, saying something about welcome any time and closes the door.

“She seems happy.” June says “You’re going to be just like her one day. Same hair cut and everything.”

“I hope not.” Grace says, now perusing her Facebook account. Most of her few friends are blood relatives. “I really don’t want to be.”

June shakes her head. “Qué te pasa! What’s the matter with you!” Her laugh has the deep rasp of a forty year old smoker. “Your parents love you, you have spaghetti every night and all this!” She waves her hands like a stage magician, motioning to the four baby pink walls covered with family photos, a Taylor Swift Red poster, tons of Gryiffndork junk, and a white dresser sure to contain neatly folded socks and underwear, all are more than June could ever hope for.

“That doesn’t mean I want to be like them.” Grace whispers, “I mean they are so boring. They eat the same things every week, spaghetti on Wednesdays, meatloaf on Fridays, they watch the same shows. And on weekends they just stay home. They even have sex,” she pauses, thinking better of it, “they even make love on the same night.”

“Yeah?” June asks. She seems unmoved. A lackluster home life must seem like heaven to girl with less than nothing. I don’t think she’s seen her mother for two days.

“Thursday nights after ten, when they think I’ve gone to bed.” Grace’s voice is filled with exhaustion as if she could lay her head down a sleep for a year, “I just put my headphones on and listen to music. It doesn’t last too long anyways.”

“I think this’ll be a good book.” June says, turning again to the cover. It looks like it’s smeared with blood. 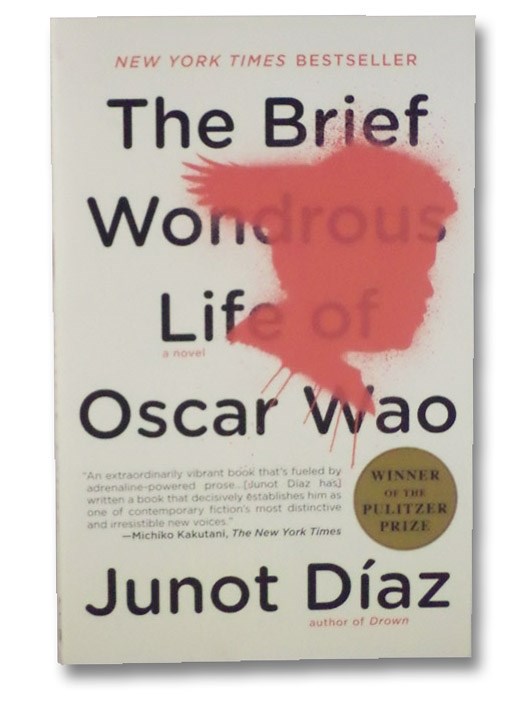 Grace looks her, then at her bookshelf with it’s rows and rows of small paper portals to other worlds. “You can keep it. I doubt one of the Other books can take me far enough away from here.”

mable4879@gmail.com Contact me if you want to talk about anything.....?
View all posts by mable33 →
This entry was posted in American Angst: Journal, Home and tagged dysfunctional, family, family teenager disfunctional depression, friendship, mom, mother, teenager, unfulfilled. Bookmark the permalink.