“Did he kiss you?” June asks. She reclining in a lawn chair, sipping a Dr. Pepper like it’s a White Russian. Admittedly, she doesn’t play the roll of ‘love guru’ better than Mike Myers. “Or should I ask, ‘how big was his pecker?'”

“Christ, June! I told you we just meet at church one time.” And then, with some reluctance, “He hardly said ‘hello’.”

“Weak sauce.” June finishes the can and tosses it to the ground beside  half-dozen other dead soldiers, “He didn’t even whip it out or anything?”

“God, no!” Just the thought of it makes me curl in to my chair and wrap Mom’s Dallas Cowboys snuggie around me for protection. Timothy may have tuned out to be a grade ‘A’ loser but at least he wasn’t a trench coat wearing pervert.

Above us, the half Moon nears its apex as Oliver and Sunny light off Roman candles from the river back, turning the Sangamon (now low enough to earn creek status) into a volcano of colors. I’ve fallen in love with the smell of sulfur.

“What did you tell your parents about tonight?” June asks.

“That we’re at church for their New Year’s thing.” My guilt laced words tumble out like water from an overfilled pale, “They told me to be extra safe driving back. They’re probably already asleep.”

“At church!” June shakes her head, “Instead, you’re at the river with an atheist.” She pulls another Dr. Pepper from the cooler and pops the tab. Foam pours from the top which she eagerly slurps up.

We watch as Oliver and Sunny light off more Roman candles, one in each of their hands, and our world lights up like the Tet Offensive. It was like this on the hour drive over too, fireworks shooting up from every trailer park and cow field we past, momentarily turning the cool night into a bright southern afternoon. Rednecks have never been accused of  being stingy with fireworks.

“Well,” June beckons me with one finger, as if she were a kind stranger feeding an emaciated stray, “go on with your story. I know you’ve been itching to tell someone how your white bread heart was broken.”

I give her a screw you look, but, being a glutton for punishment, proceed.

Timothy hadn’t stopped by the house during Christmas Break, we didn’t go to a movie or share a pizza at the mall. My Christmas present to him, sheet music bought at Music Warehouse, is still wrapped and sitting on my dresser.

“Blah, blah. You said you meet him.” June grabs a bag of Cheetos and tosses a hand full into her mouth, “I want to hear about that.” Crumbs come out with her words, and I can smell her cheese breath.

Oliver and Sunny walk up from the river bank and grab a hand full of M-800’s from the fireworks pile, Oliver’s haul paid for with Grandma Mimi’s Christmas money. They return, light two and toss them into the river. Their fusses glow orange, illuminating the river’s murky bottom for a few moments before popping, briefly turning the water’s surface into a yellow lite bass drum. 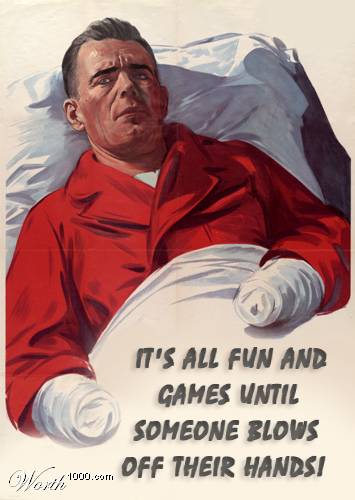 “We just ran into each other after church.” I say, “He’d slept in and was picking up his little sister to see the new Night at the Museum movie. It has Robin Williams in it.” June cuts me a look and I get to the point. “After two Skype calls and a dozen emails he didn’t even recognize me.” My anger wells up like acid reflux, “We passed each other in the hall, slight eye contact and zero recognition.”

“Quieres que darle una paliza? Want me to beat the crap out of him?” June asks, showing me a meaty fist.

I shake my head. “I followed him into the parking lot and introduced myself. I think he kind of remembered then. The conversation lasted about thirty seconds, that’s how I learned about the movie. His sister kept pulling him away.”

” Quiero que me gané a su hermana?” June shows me two fist this time, as if a ten year old girl would require more effort to thrash than a twenty year old man.

“And he hasn’t called since then?” June’s words come mixed with more Cheetos crumbs.

“Ok. Tough titty for him.” June stands and moves to the pile of fireworks, “Want to shoot off some whistlers?”

“Well, tough titty for him. If you tried to get to know him and he didn’t care, f*** ’em.” June passes over the whistlers and picks up something labeled Fire Fountain, “I think your looking too much into it anyways.”

She places the fountain on the ground (carefully away from the rest of the pile) and lights it with her cheap Zippo knock-off. It’s the first time I’ve seen it since she’s given up smoking.

“I mean, have you heard yourself?” She asks. The fountain erupts into a small shower of red and gold sparks, illuminating June’s face. She isn’t smiling. “You hoped for a movie and pizza at the mall? Por lo menos sabes que este tipo.”

“But I do know him.” I wonder if my words sound as feeble as I think they do. Maybe this is my fault. I never mentioned how important meeting him was to me.

After a few more seconds the fountain fizzles out.

“Salsa mas debil! Piece of crap!” June grunts. Contemptuous, she kicks the fountain over and moves back to the pile. She picks out something else, a massive sparkler wrapped in rainbow tissue paper. She begins unwrapping the fuse.

Oliver and Sunny come up from the begin searching through the fireworks again. Oliver eyes June then me. In an oh so great gesture he’d agreed to allow Sunny in on the stash but June hadn’t been mentioned. I’m sure to get an earful later. They head for the water with more M-800’s

“Sunny has a crush on your Mom.” June says, giving me a wink.

“Gross…” I look at Sunny. The scrawny chico is wearing the new Walmart jeans and a fleece Mom bought him. The thought of him getting carpel tunnel over her makes me wince. “So gross.”

“Where is he now?” She sets her imatation Zippo to the sparkler. It lights up the woods like a road flare.

“Back in Pensacola.” I don’t tell her that that is the worst part. If I’d told her of my hopes for a New Years kiss, her husky, fat girl cackle would’ve been heard back in Greenville.

Oliver and Sunny tosses several more M-800’s into the river, sending water splashing onto the shore. They giggle like little girls.

“Pensacola?” June’s eyes are wide in the light, “Right about now he’s at the club grinding his stiff wang on the butt of some little chica stinking of Southern Comfort.”

“He’s not like that.” The words echo in me, as if I were a hollow tree stump. How do I know?

June looks at me, her face a water color of orange and pink. “Everyone is like that.”

June shrugs and begins waving the sparkler in the air, careful to keep it away from the rest of the fireworks and my ultra flammable snuggie. Earlier, Oliver warned me that I am wearing quilted gasoline and should keep a few feet back. I’ve taken his advice to heart.

“Morgan and me and a lot of people I know.” My mind goes back to the True Love Waits ceremony at church last year, there must have been a hundred people there, “Timothy isn’t.”

“She just kisses a lot of guys, nothing else.” Those words echo in me even louder, “She’s becoming pretty serious about Brandon.”

“Bet she does more than kiss.” The sparkler sputters then dies. She tosses it aside and searches the pile for something else. “Muy mas.”

“Stop June.” I want the conversation to end, and to breath in the sweet sulfur fumes in and exhale all of last year’s mistakes, Timothy being the first to go.

She lights the fuss and tosses the firecrackers  down the river bank. It lands hissing behind Oliver’s feet. She grins my answer.

mable4879@gmail.com Contact me if you want to talk about anything.....?
View all posts by mable33 →
This entry was posted in American Angst: Journal, Home and tagged diary, friendship, High School, Journal, love, Personal, teen, teenager. Bookmark the permalink.