After a few tense moments Timothy answers my call. This is my first time using Skype ever and I was beginning to worry if I was doing it right.

“Hey, Mable.” He smiles, his teeth appearing powder white on my laptop screen, “It’s nice to finally meet you.”

“Hello.” I smile back, not knowing what else to say.

“Ok. ‘Hello’.” He laughs, running his fingers through a sprinkling of a beard.

This was Bro. Stephen’s idea; Skype calls to supplement the College Commitment Club’s weekly emails or, if your into it, Facebook posts. Honestly, I think I’m the only girl in Greenville who doesn’t Facebook it up daily and who has no idea what it takes to succeed at Farmville.

“So, how are things?” My words sound about as cool as horn rimmed glasses or parachute pants, “School ok?” 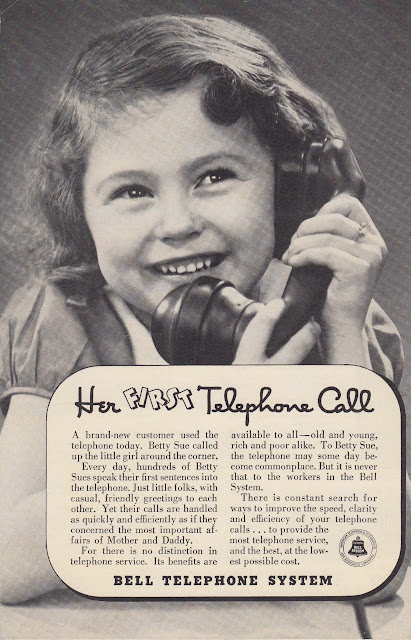 My first call at only sixteen? I think I need to slow it down a bit.

“Just got out of an English Comp. test. I think I did alright…” I try to pay attention as he goes on, but it’s almost impossible. He’s gorgeous, way handsomer than his profile photos! With his close cropped dark hair and his gold framed glasses sitting perfectly centered on his nose, he’s defiantly a Clark Kent. “How about you? Anything going on with you?”

“I have a test tomorrow in Ag. Mechanics. We’re welding.” I hope I don’t sound as butch as I think I do.

“Welding? You’re a girl after my own heart.” He exaggerates a bow and I wonder if he’s humouring me. I hope he doesn’t notice my red cheeks.

It’s strange to think that we were suppose to have know each other before hand, that he went to 12th St. Baptist for a few months after his family’s arrival in Greenville during the summer, just before he left for Pensacola Christian College. But the church is huge, and it’s hard enough looking for the Caravan in the parking lot after Sunday services as opposed to finding one person in a sea of upper middleclass WASPS.

He leans back, his chair creaking with the motion, and goes on about classes, his part time job as a dish washer at a girls dormitory and mandatory church attendance. Behind him, I notice that his dorm room is an explosion of dirty cloths and pizza boxes. A full trashcan sits beside the door, begging to be emptied. As cute as he is, can’t help but be distracted. My OCD ( a mild case I’ve nurtured since I was four and Mom made me spend three afternoons scrubbing red crayon off the living room walls) flares up like a bad case of the hives.

“So you wash dishes at a cafeteria?” I ask, fighting down the urge to crawl through the screen and begin sorting darks from lights. I wonder if the place smells. June’s camper is just about the same way and the stench (a mix between dirty socks, cornchips, and a nearly overrflowing waste water tank) is intolerable.

“Yeah. But don’t get excited, it’s not like you get free food or anything.” Stroking a small wooden cross around his neck, he tells me about the mindless shifts at the Wesley Hall Dinning Facility and biking across campus on cold nights, his cloths soaked in dish water. Fancy (his 92′ Oldsmobile Royale) has a trashed transmission and sits derilic in the dormitory parking lot. “It’s a fifteen-hundred pound paper weight.” He sighs, as if it were a beloved dog dying of cancer.

As he talks his eyes shift about the screen, carefully peering into my room, the world of his strange little pen-pal. I hold my breath, thankful that I’ve made sure everything was spic-and-span before the call. My Stephen King hardbacks neatly line my bookcase and smiling photos of my family (the Perfect Nolan’s) beam from the wall. Most are three or four years old; Paw Paw’s seventy-fifth birthday, cannoning down the Howell River, memories about as vague as last week’s Dow Jones report. I even found my old softball trophy in the garage, the only evidence of my one and only season as a far right fielder for the West Greenville Bobcats during seventh-grade. We hadn’t won anything that year so the trophy was a giveaway, the words Thank You For Your Dedication etched on its base. It’s placed beside a cross shaped candle holder on my night stand.

“In the end, all I can say is that PCC’s better than being home-schooled. God I hated that.” He squirms in his chair as if remembering a prostate exam. “I really hated that.”

An awkward silence falls and I can see Timothy clicking around his screen. Facebook? Wikipedia? Something more interesting than me? Strange how all that practicing in front of the bathroom mirror (my hair up in a towel like an Arab wearing his turban) seems to go out the window as soon as the spotlight. Good thing this isn’t a high school talent contest or open mic night a Joe’s Laugh Shack, I’d been booed off stage by now.

“Have you welded before?” I ask.

“Yeah, my Dad taught me. He was a welder before finding the Lord and becoming the church music man. He made good money.”

“You like it much?” I ask. Bro. Stephens, a pale, middle aged CPA with a love for stray dogs, tutored us in the art of conversation. Make it about them, look for the clues. “You mentioned it earlier.”

He sits up, interest peeking. “Loved it…” The flood gates open and he talks of welding like it were a long lost love. He mentions summers at his grandfather’s farm, the metallic smell of burning 6010 rods and an old Ford tractor resurrected from the dead. “You know like Jesus freaking Christ!”

I have only the vaguest notion of what he’s talking about- most of Ag. Mechanics was in one ear and out the other- but smile and nod continually anyways.

“Pretty good.” I lie. I’m the second worse welder in the class, just behind John Yefrem who has a withered arm. “But you should see June. She’s incredible. Beads so straight you’d thought she was a machine. But she doesn’t want to do it after Ag. Says she won’t be a proletarian the rest of her life.”

“This June sounds like a trip!” He laughs, nearly falling out of his chair.

“Yeah, she is.” My words are spiked with pride. Knowing a girl like June can do that for you, stir emotions you thought dormant.

He goes on, talking about trade schools and hopes of welding in the oil fields, that PCC was his Dad’s idea, that it was a nice school and all but…

Behind him the door opens and a man enters. He’s young, twenty maybe, and wears a red t-shirt tucked into black pants. The nametag over his right breast pocket reads: Hardee’s, James- Shift Manager.

James looks around, first at the cloths and then at the overflowing trash can. Exhaustion creeps over his face like a five-o’clock shadow. He begins gathering socks and t-shirts into a pile.

“Aren’t you going to say hello to Mable? She’s my pen pale.” Timothy winks at me. For the first time I notice a poster on the wall behind him. Printed on its glossy front are the massive boobs and perfect curves of a Hawaiian Tropic girl. Her dark nipples poke through her drenched bikini top, and one index finger is pressed against her lips as if to say this is our secret, ok?

“Hello, Mable.” James looks up with a weary smile. His hair is trimmed into a crooked bowl cut and his glasses, tape wrapped around one of his temples, sit twisted on his face. He isn’t good looking at all.

“Nice to meet you.” I wonder if the poster on the wall is his or Tim’s.

“Tim.” James taps Timothy on the shoulder. “We need to talk when you’re done.”

Timothy rolls his eyes, a motion I’ve seen only performed by tweens with attitude problems.

“Maybe we can meet when you come home for Thanksgiving?” I ask.

“Sorry Mable, it’ll have to be during Christmas break.” Timothy’s left the chair and is beginning to collect pizza boxes. “I’m going to spend Turkey Day with some guys at the coast.”

“No problem.” My heart sinks.

After a few moments of watching them clean up, James becoming more aggravated as the pile of cloths grows into a small mountain, I say good by.

mable4879@gmail.com Contact me if you want to talk about anything.....?
View all posts by mable33 →
This entry was posted in American Angst: Journal, Home and tagged church, diary, dysfunctional, Personal, teen, teenager, Timothy Jensen. Bookmark the permalink.